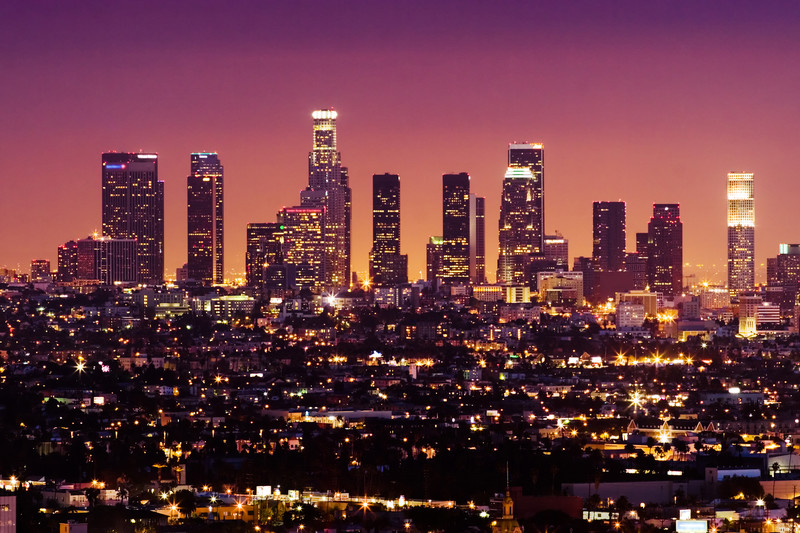 California is a large state and a house for 38 millions of people. Is west coast sunshine calling you? From the sandy beaches of southern California to rolling hills of northern California, the beauty of the place is unmatchable. So, if you are dreaming for California to settle then you must first know the prime communities that you can consider putting in as soon as you move to California.

A dreamer’s city, California has something for all kinds of people. The place is the center of the entertainment and film industry. Additionally, the city ranks higher when it comes to the best place to live in California because of big city amenities and sunny weather. You can also enjoy world-class restaurants and the place houses a great outdoor as well. The average price for a home in Los Angeles is around $825,000.

The place is the best place to live because of its outstanding restaurants and warm weather. The city comes under the best coastal cities which an individual can call home. It is also the seventh-happiest place to reside in the United States. Apart from that, the place offers outdoor activities, high quality of life and a great job market which makes it a perfect place to live in. It is the second-largest city in California.

From iconic cable cars to the golden gate bridge, the city is one of the most beloved cities present in the world. The thriving job market, the urban environment, and the top restaurants make it the best place to live in. it is the fourth happiest place to live in the United States.

Apart from that, the city has a high per capita income, the stable housing market, and other A + grade amenities.

The walkable streets and the year-round sunny weather make Santa Monica a perfect place to live. It comes under the top 100 cities in the United States when it comes to the living standard. Though the housing market of the place is expensive still, it attracts a higher rate of population with its wonderful attraction points. The warm temperature and the spectacular beaches of the place along with high-end amenities make it a wonderful place to stay in.

The city is located in California’s orange country. The place has become a central attraction for people because of its booming jobs, safe environment, family-friendly environment, and the beautiful weather. The city is also the third happiest place to live in America.

Fremont is one of the most popular places to call home in the San Francisco bay area. The place has almost everything which attracts the people of all kind towards it. From friendly residents of the city to higher south out community, high-end amenities to perfect weather, it is the happiest place to live in the United States. If you are a job seeker then this is the top place for you in California to stay.  With the low crime rate, it also comes under the safest cities to live in the United States.

The place is located in the heart of Silicon Valley. The warm weather, the dry summers, cool and wet winters make the loving and beautiful weather to live in the city. Apart from that, the city is the center of leading technology and high tech companies such as HP (Hewlett Packard). For all those who are looking for higher technology, this is the perfect place to move in and get a job. The residents of Palo Alto are among the most educated in the whole country.

It is located around 14 miles in the north of San Francisco. The city offers A-plus amenities, have low crime rates and a stable housing market. Additionally, the city has beautiful parks offering the scenic beauty and beautiful surroundings to live in. Recently the place has also grabbed the attention of being one of the safest cities in California with the best schools in the state. Now, this city is grabbing the attention of the people because of its stable housing market.

If you love mine then this might be the most preferable City for you to locate in California. The places located just North of San Francisco offering the most livable environment. The place has amazing restaurants, fabulous shopping options, the stable housing market, high-end amenities, and sunny weather. Not just that the places also listed in the top 10 happiest places to live in America. It is because of the residents living here in Santa Rosa making it the best community to live.

Los Angeles Movers claim that San Jose is not just a happy city to live but as well as a healthy city. According to stats, it is the second happiest city in America to live. It tags as an extremely livable city by researches. Apart from that, the city offers high-end amenities, great weather, sunny weather and a lot of restaurants to enjoy. With impressive population growth and strong job market, it is attracting several adults towards it. It has also been named as the third best city to live in the United States.

Best communities in California based on affordability, safety, weather, and living conditions:

Now that you know the best communities to live in the United States, let us discuss the best once in terms of affordability, safety, weather, and living conditions. This is because most of the individuals and families moving to California look forward to having more precise information about the best communities with respect to these parameters:

Most affordable community to live in California

Oxnard: Just one hour distance away from the dream city Los Angeles of California, the place makes you able to live while enjoying the beachfront view. With fertile agricultural land around the place, the crop is grown at a higher rate and the place is famous for its strawberries even strawberries festival is also celebrated here with full of pop and fun.

Winery visits, golf and the strolls on beaches are the part of the Oxnard living. With a nearby national park and sanctuary, the city also named as “gateway to the channel island”. While the city is the perfect place to live but also it is the most affordable city in California to stay. So if you are planning to move to California, you should consider living in Oxnard.

The best area to live in California

California is the largest state which houses 38 million people. But what is the best area to live in California is the most buzzing question around. If you are planning to move to California then, of course, this might be the first question of your list. Check out the answer here:

Orange: But what makes the city to get such an honor? How this city is different from other cities? But let me tell you that there is no surprise in it why orange is considered as the best area to live in California. It is because of several reasons which are its unemployment rate, weather, and high-end amenities. The overall quality of life which makes it on rank 1 when it comes to choosing the best area in California to live in.

The safest city in California?

Community with the best weather in California

Apart from that, the city is famous among visitors to enjoy the best beach activities and great weather. The city contains around 33 beautiful beaches which attract visitors from all around the world to have a lifetime experience.

So if you are considering moving in California consider San Diego in your list.

How to Find The Best Residential Moving Company

The Best Residential Areas In New York For Family

How Much Should You Spend For A Relocation Package?