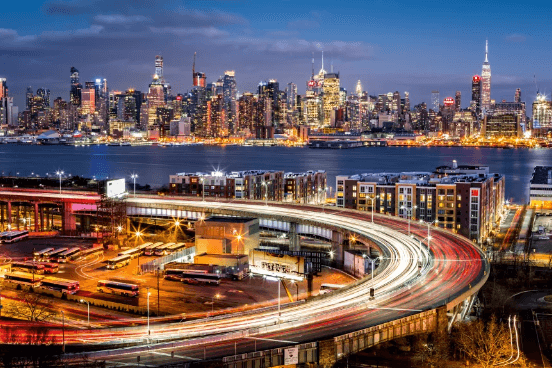 Moving to a new place is emotionally, socially, and financially daunting. Some people find it hard and some find it adventurous to move to New Jersey. But then there are people who get overwhelmed on the idea of shifting and settling in new places as every place and city has its own culture and surroundings.

New Jersey is located in the North-eastern and mid-Atlantic regions of the country and is nestled comfortably between New York, Pennsylvania, Delaware, and the Atlantic Ocean. It covers an area of only 8,722.58 square miles and is one of the smallest states but has been ranked as the second wealthiest state in the United States, with a per capita income of $37,288. Being one of the wealthiest states, it is one of the most desirable places to live.

Visiting New Jersey personally before relocation will help you a lot in getting a flavor of the life here, so consider visiting if possible as it may help you see what choices you have to choose from in a new hometown. New Jersey’s population is decentralized a lot from the biggest cities so there are a large number of potential townships to choose from. You cannot rely upon static online pictures to choose a place to live as it’s always better to see a place in real life so a visit here will definitely help clarify your thinking. You may ask for people’s opinions but cannot rely upon them while making a decision about moving to New Jersey so seeing it yourself is the best possible way to be briefed.

Some Features You Should Know Before Move to New Jersey

Divided By  Geography: A Smaller State

New Jersey consists of 565 municipalities which are grouped into seven Metropolitan Statistical Areas by the Office of Management and Budget. New Jersey is a very small state and the average size of each municipality is only 15 square miles. But the actual size of each one can vary greatly.

The Climate in New Jersey: Hot Summers And Cold Winters

The climate of New Jersey is fairly predictable. Here summers are usually hot and humid where temperatures that range from the low 60s to the high 80s. Winters are cold with temperatures ranging from the low 30s to around 16°F. But temperatures in New Jersey can be higher or lower depending on specific meteorological phenomena like nor’ easters which directly affect the climate at certain times during the year.

Best Places To Live in New Jersey if Moving There

Also known as Garden State, all the places in New Jersey are very much comfortable to live as it is a small but wealthiest state. The largest cities here are Newark, Jersey City, Paterson, Elizabeth, Trenton, Clifton, Camden, Passaic, Union, and East Orange but it is very much recommended to stay at smaller towns as these towns are the best places to live. These small towns include Princeton, Heath-cote, Ridge-wood, and Chatham which showcase a perfect and comfortable combination of country living with quick access to the main highways and easy approach to the large cities, including New York.

Princeton is a college town and offers a range of opportunities related to the arts and sciences. It has food growing facilities where produce goes directly from the farm to the consumer that provides fresher and healthier food. There is a constant availability of specialty and gourmet products. Several famous universities, colleges, and schools are located in Princeton. It has a world-renowned public library. Having all these facilities, New Jersey becomes the perfect place to raise a family.

Public transportation in New Jersey is well-coordinated and covers most parts of the largest cities. Small town residents generally prefer to use bicycles or even opt for a walk if the weather allows. But for a routine commute, it is advisable to have a car for longer rides.

Apart from the above-stated features of New Jersey, there is a list of all the things that you should know before you move here to have a happy and longer stay.

Best Seasons to Move to New Jersey: Consider spring and early fall seasons to move as these are the best times of year to move to New Jersey because humidity and temperatures are balanced and not extreme. But if due to any reason, you have to move during the summer then don’t forget to remain hydrated by drinking plenty of water. Make sure your vehicle is winterized and brakes and winter tires are functioning properly if you are moving in winters.

Be prepared for the Storms: Keep updated with the local weather reports as New Jersey can be hit by nor’easters storms anytime from late fall through spring. Even try to revise your moving plans to avoid these storms if you can.

Traffic: New Jersey roads are some of the busiest roads in the country so when moving to New Jersey, then give yourself plenty of time especially when driving in and around cities, or even along the coast during the busy summer months.

Moving Permits: Local parking restrictions apply in most cities in New Jersey but you don’t need any moving permit as such. It is very much advisable not to forget to check with your city ahead of time to avoid steep fines when moving in.

Fueling: Serving yourself at a gas service station in New Jersey is unlawful so be sure to wait for the attendant when you go to get gas to avoid any problems.

No Left Turns: Left turns are not allowed in New Jersey and not knowing it in advance may cause you to cover a long distance.

Shores, not Beaches: Beaches are called Shores and Sea Isle, LBI and Cape May are famous seashores.

If you have solid plans to move to this amazing state, you must hire local movers New Jersey to help you with your moving requirements. Trust us, local movers are the best aid when it comes to moving to New Jersey as they can help you in a number of ways including finding the best neighborhood for accommodation to suggesting the best time to move.

Tips to Prepare for Your Next Move

Why New Jersey Is Best For Starting A New Life

Things To Do Before You Move Out of State